Today Forza 6 arrived on the Xbox One. I have been a long time fan of Forza. It is now in its 10th year. A decade of what, at the time it came out, was considered to be a poor mans Gran Turismo. It has, in my opinion, surpassed all expectations and been a fantastic franchise. The driving feel and the exhilaration is always spot on. I have also been a big fan of their decal customisation. It was little annoying moving to the xbox one and not having my various logos I had created for forza 5 a few year ago. I still carried on and re-created most of my ‘art’ work on the cars in 5. I had a nice cool stuff collective TV logo back on the 360 and forza 4. However instead I created A Choi Kwang Do logo.
I was very pleased, once I got back to the main menu on Forza 6 to see the custom decals and the layouts for specific cars were available to import from Forza 5 now.
I did my first races in a very old impreza using one of the community designs 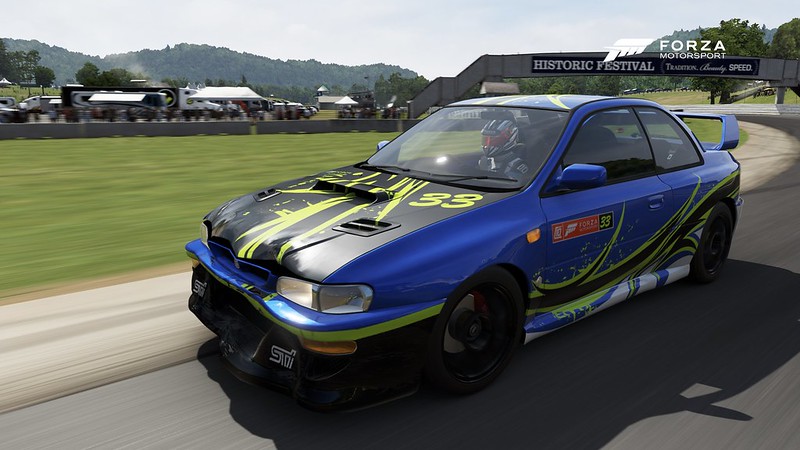 Now though I am back in a 2005 Impreza WRX complete with some feeding edge words and a logo on the back long with a bright CKD logo. So thankyou Turn 10 🙂 It now means my drivatar will be appearing random races advertising CKD across the world. Also any network race I am in I can show off the logo for my martial art of choice and also advertise feeding egde at the same time. It is an odd concept that there is still a lot of mileage in (Excuse the pun) 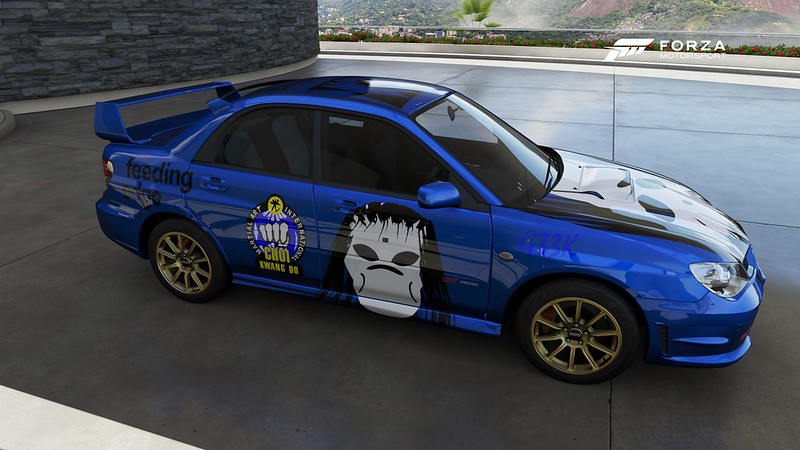 It was also quite amusing to hear James May and Richard Hammond’s voices, albeit labelled at “Automative Journalist” as opposed to Top Gear presenters. I guess all the voice work was done before the demise of Top Gear as it previously existed.
**Update here is some video of one of the cars in action. It looks better in the flesh as this has been Xbox DVR captured, sent onedrive then uploaded to youtube 🙂

**Update 21/9 I noticed during night races another level of detail that impressed me. I have not noticed headlights behave quite so headlighty before. These my car had different bulbs and cast a different light to the other car on the track with me. 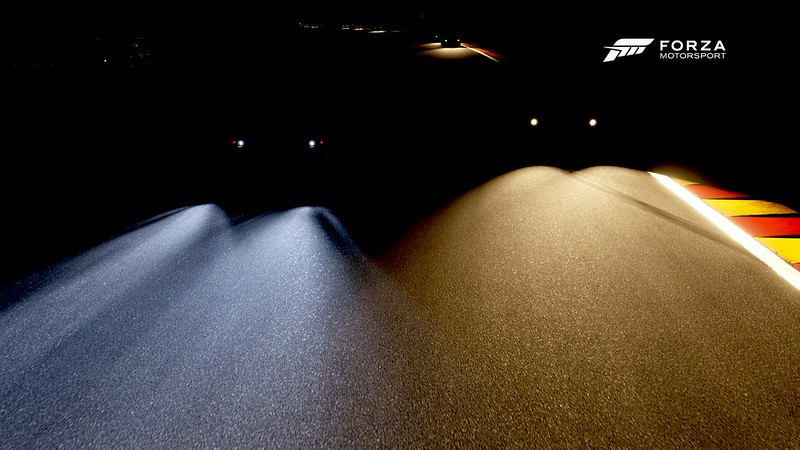 I am going to reward myself with a massive driving session this weekend after I complete writing this #reonfigure novel first draft. Near there, the chequered flag is waving and I can see the finish line.
**Update I just finished the novel !