Last week the pre-order of the Sony PSVR arrived and the question many people may have is it in any good? The short answer is yes. There are a few things caveats but in general I like it. 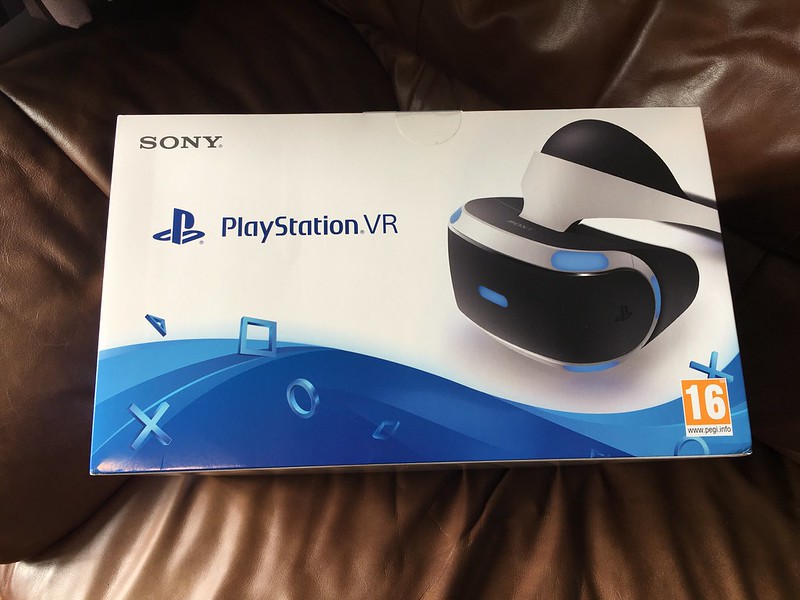 Despite being a bit more negative towards VR, compared to AR, it is hard not to feel a rush of amazement as a VR scene fills your field of view. The unit is easy to set up, some numbered cables get you installing an HDMI pass through box from the PS4 to the headset. This serves a dual purpose, one it lets others see what you are seeing on the main TV screen (if you want them too, albeit at the lower resolution the lenses use) or it lets you not turn the headset on and use the PS4 without any faffing around. The headset has a sliding front mechanism to allow you to easily install your face plus prescription glasses it, and then a sprung and adjustable back to keep it in place. The on switch is on the cable right next door to the volume controls, which is a little awkward if you press the wrong one. A set of in ear headphones plugs into the the same block, though we swapped that for some noise cancelling over ears.
@elemming and the predlets all had a go, and it is unfortunate that the unit says you have be 12 and over to use it. I am not quite sure what that is, though there are a lot of weird things that happen to your eyes and brain once inside a VR rig.
The headset has distinct blue lights on the from, sides and back that enable the camera to track it in space, which means you can stand and move a little, more on that in a moment. I dug up the PS3 Move controllers and after a lot of trying to charge, hitting the reset pin etc they seem to now be back to capacity and working. They are not essential, but they do enhance a few of the experiences (note I didn’t use the word game) 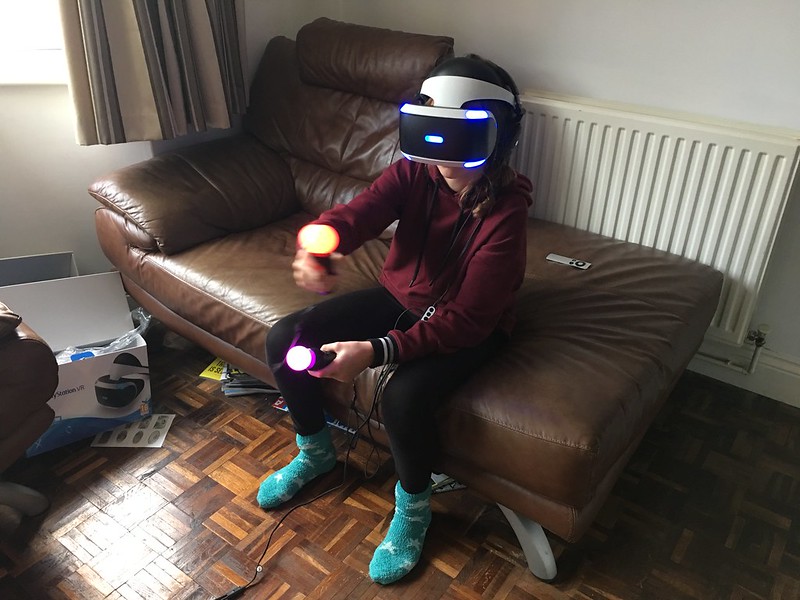