My hand mountable punch trackers from Hykso arrived last week. I can’t quite remember when and where I pre-ordered them but I have been looking forward to trying them out. They are designed for boxers and so geared around punching but I figured that they would be able to respond to our Choi Kwang Do techniques, which include punching of course. 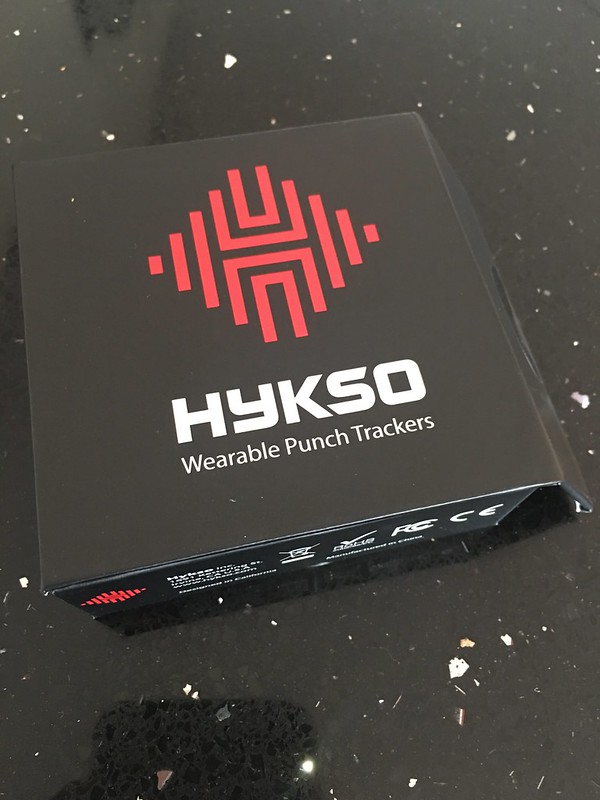 The two sensors, one lights up red one lights up blue need to be strapped to the back of the hand just behind the wrist. I bought some hand wraps but they are a lot of faffing around and I found that my gel hand protectors with the larger wrist wrap hold the sensors nicely. The only problem is that I like to wear my fitbit for hear rate data, and that sits just behind the wrist too. So i placed the left one a bit closer up along the hand.
Pairing on IoS was straight forward, wakes them up with a tap and then assign to a hand.
I tested them just after a class so I was warmed up but in my own dojang. I dived right into a 2 minute PACE drill punching Bob and the bag, to realise I had actually set a 2 minute until we start recording delay. Some techie I am !
So after being even more warmed up I tried again, this with another 2 minute mix of punches, palms and knife hands. It certainly counted all the punches, something that is very hard to do at speed. That in itself is a useful extra training aid especially in the punch for 2 mins, count then, now punch for 1 min and try and get more than 50% of the last count, repeat for 30 seconds and a 15 second blast. It can be distracting to get lost in numbers, but equally it provides relative indications. The app generates these images for social media, but internally shows a lot more detail, a speed, counter and “effort” monitor breaks down punches and power punches, which I think are anything not an inwards punch in Choi.
What I did notice in the graphs were my “intensity” score dropped mid session but thats when the speed rocketed up. As we often point out in training the more relaxed you are the more velocity you can punch with. A counter intuitive but effective way to focus on effort without effort.
Next I tried just the deceptively powerful reverse known hand for a few seconds. This number may be because it is confused as the hand angle on contact compared to a round punch but to go from 8mph average to 27mph strikes is very telling. I have seen this on other equipment watching a 3rd dan get triple what most of use could register on an instrumented shield with a reverse knife hand. So for pure contact it is very effective. I suspect elbows, one of my favourite to drive a shield holder back would be along those lines but they are unlikely to register as an impact on the accelerometers in the device. I am not complaining as these are boxers tool not martial arts tools.
If the data is tracking movement and streaming it it would be really interesting to be able to profile moves such as a block and still count them. That would need an open Api or some data export but I look forward to giving it a go.
It fits with the other work I had done exploring using the Kinect
Once I get these darn wisdom teeth all extracted and sorted I can get back to proper training heading to EE Dan (2nd) and these will definitely be a tool in my conditioning arsenal. Lookout Bob!

It is odd that the amount of time it takes the earth to revolve fully around the sun has so much significance to us, but it does. It is 8 years since I started Feeding Edge. 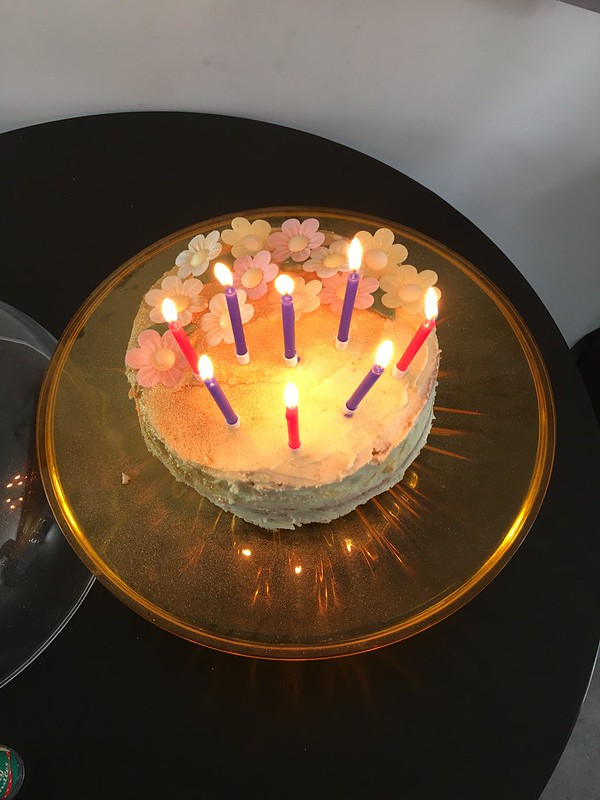 Of course now it is a little quieter as it has no employees as such just me as a director. It sits as an archive of lots of experiences once I left corporate life and something I am very proud of. A year ago I was just publishing Cont3xt the second novel after Reconfigure and I was in a holding pattern hoping the role I have now as an IoT analyst at 451 Research was going to come to fruition. It was sad to stop delivering projects under the Feeding Edge logo but equally it has a long term product out there in the market place. Both novels are still selling in modest amounts and people are starting to discover what’s in them, always room for more and more reviews though. It’s a long game and as it took me nearly 50 years to get around write them I should not expect them to be found by everyone in a couple of months.
Being deep into IoT taking briefings, giving presentations and writing lots and lots of reports has meant book 3 has had to simmer away in the back of my mind, though being an IoT novel series Roisin’s adventures are never far away. The first 2 books were written as a full time job, as I was lucky enough to have ended up with the time as projects ended, and delays in new projects starting. It was tempting to just sit and goof around, but it was something I had to try and now I am so glad I did as Feeding Edge gets to live on as a publisher of those books. It also provides an interesting intro to people in the tech industry as part of my quick bio chat that we all have.
Reading books is for some people a veracious hobby and for others they just don’t read at all, which is why I would like to explore some of the other mediums in which to tell the story. I would like to go to a more visual platform, but that requires some skills I have yet to master, or need to buy in. A graphic novel or an animation would be an ideal way to share the story. I can see the scenes and pictures still, they are what I wrote from along with the emotions and feelings underlying them.
I wonder what this was about last year in Cont3xt?

“Her personal favourite, that had the most style and comedy points, was one politician who chose to project his power and importance, by appearing with his countries national bird. It was a very large and impressive bald eagle. The entire image was ridiculous in the first place. The politico sat staring at the autocue, that Martin had an override on. The eagle loomed large, to the ebullient politician’s right side, on screen. Before any words could be uttered, Rosin gave the giant bird of prey a small remote poke. She saw the textured wireframe of the bird in her view extend its wings and aim for the nearest living thing that possibly could have hit it in the backside with a pencil. The would-be leader of his party had to wheel his large dominating office chair out of range, holding his hands to his face for protection. As an added bonus Roisin gave his pretend full head of hair a little tweak too. She had dived in before Martin’s carefully written, deliberately non-sensical speech had even started. Martin was not actually annoyed, he saw the funny side. It became an internet sensation, the looping video fitted nicely, in the few seconds of attention span of most people. It made for great animated GIF’s and a multitude of spin-offs. It was even bigger than the #joyhere that Roisin had accidentally created with her first forays into Reconfiguring the World.”