Cont3xt, the follow up to Number 1 charting Sci-fi adventure Reconfigure is now available
UK
US 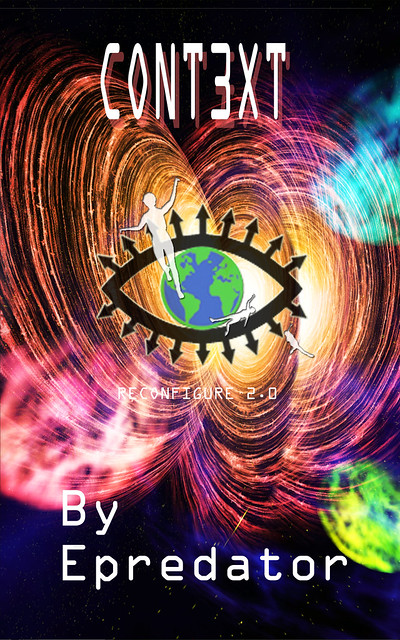 A twisting, interlinked, serendipitous science fiction adventure. Set in the near future, using real World technology and current science theory, as an accurate base to embark from. The action rolls on. Exotic locations, martial arts, gaming technology and virtual reality all feature prominently.

Roisin Kincade once again finds she has to use all her gaming and techie knowledge to save herself, and her friends, from the Combined Corporate Surveillance Operation (CCSO) and the powerful cartels that run the World. She had been busy trying to change the CCSO from the inside.

She finds herself rebuilding her interface to the quantum machine Ray K. This time with some serious upgrades, using EyeBlend. It is a high end, augmented reality interface headset. With the right adjustments and code, it may be the perfect tool to take on Commander Drake.

I she still inextricably linked to him? That link could become incredibly dangerous, or just give her the advantage she needs.

Will she outsmart the keen instincts of the Commander and his organisation?
Can her technology hold up under pressure?

For a view of how Roisin get to see the World in Reconfigure, before her Cont3xt upgrades you might like to see this WebGL simulation