Somehow we have ended up in March, almost as if February with its short number of days decided to sneak past us all. February is an important month for Feeding Edge as that is the birthday month. This 9th year I managed to not find the time to post and celebrate like every other year In part this is because of all the preparation for heading to Mobile World Congress this year in Barcelona. I had not had the chance to attend this show before, but this time my 451 Research and IoT and AR/VR analyst work took me there, along with a lot of my colleagues.
The scale of the event and the major venue the Fira Gran in Barcelona was pretty amazing, 8 very large halls with a good 30 min walk from end to end if you didn’t stop or go into any halls. A major surprise was that it was very cold and snowed for the first time. Not ideal ! 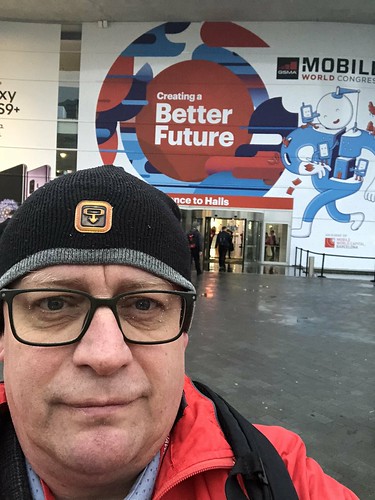 The analyst life is not one of joyfully hopping from stand to stand enjoying the great shows, but one of 30 min meetings every 30 mins usually 30 mins away from one another. All the big shows suffer from this, but equally we get to hear a lot of great stuff. There are the odd times when meetings move or there is a gap but in general every day is like this. Also I started the show off with moderating a presentation set on stage, so had to hold off on the dashing and do more of the imparting of information to a large crowd in an auditorium all looking to hear about IoT Security and Blockchain 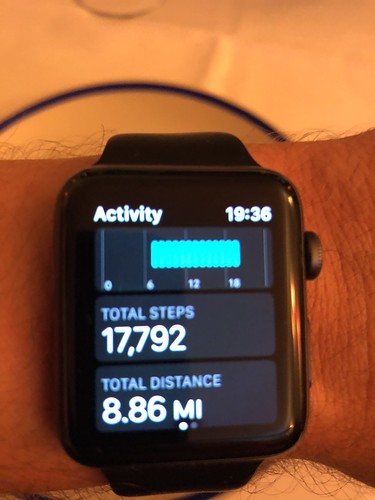 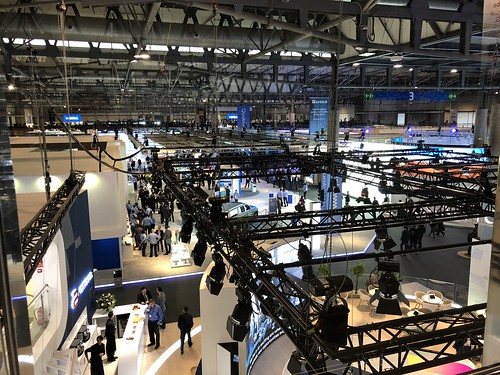 You may think of MWC as a mobile phone selling show but it is getting much more like CES with lots of huge stands and gadgets and of course cars. 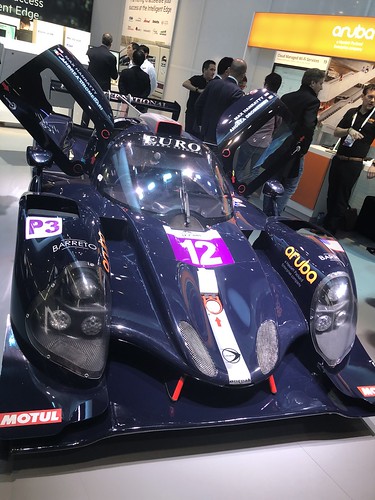 F1 had a significant presence too. 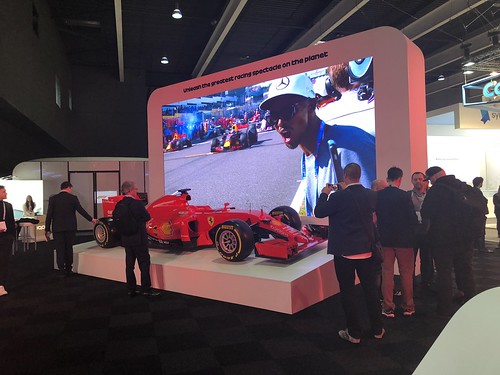 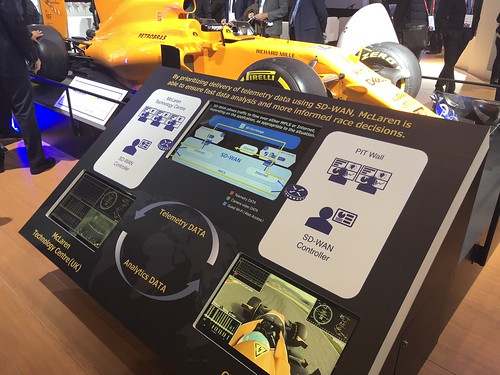 Including an esports racing challenge 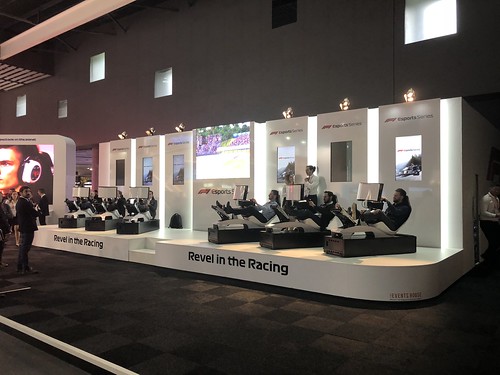 There was an awful lot of AR and VR on stands across the board, lots of 360 video such as Intel showing Shaun White’s gold winning winter olympic run.
Elsewhere I saw this AR based race track demo 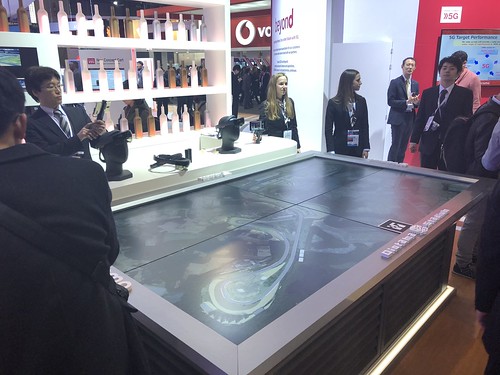 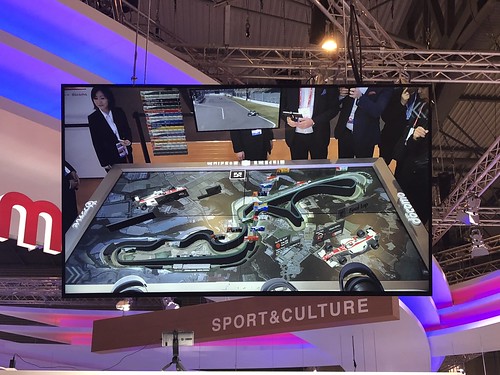 A few hololens made an appearance too 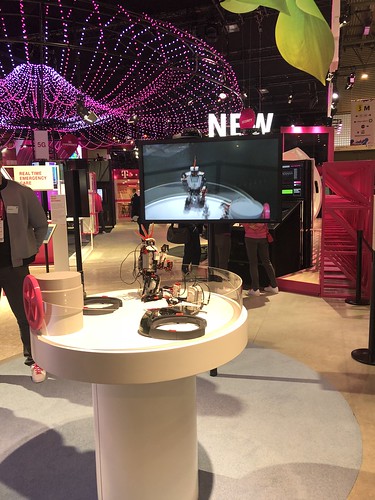 Make of this poster what you will 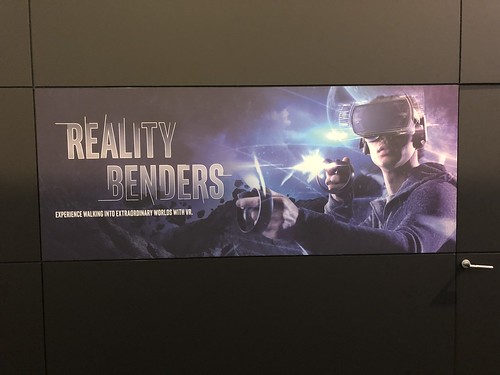 Our robot masters made an appearance in a number of shapes and sizes, though AI was big news to go along with IoT and Blockchain at the event. i.e. my day job 🙂 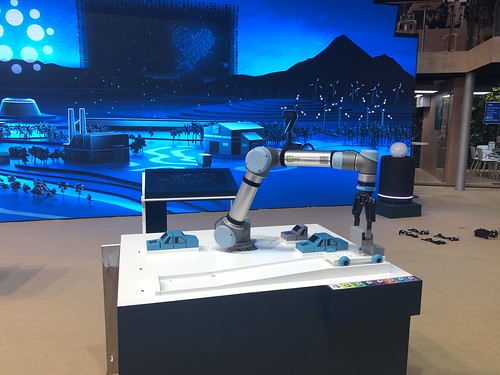 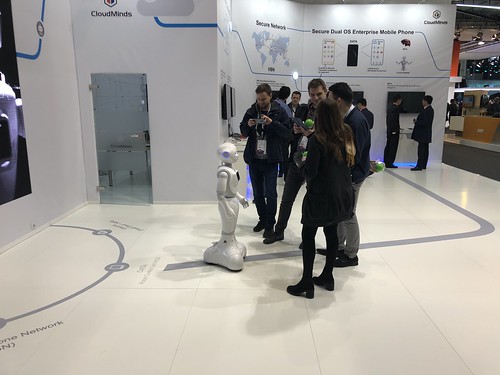 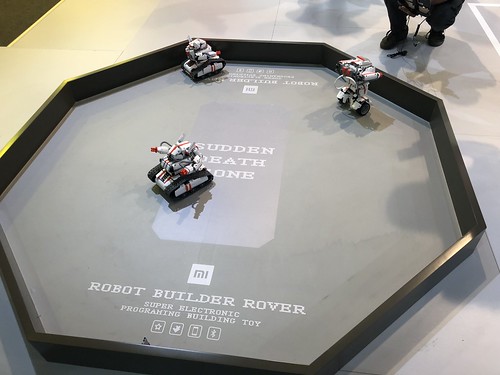 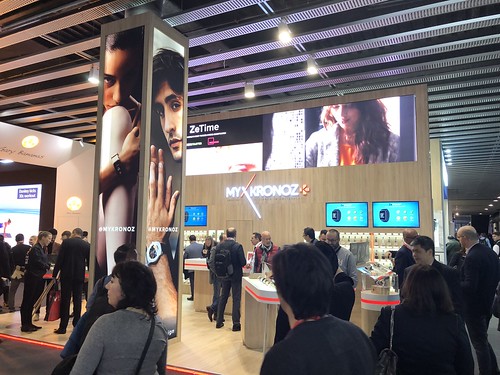 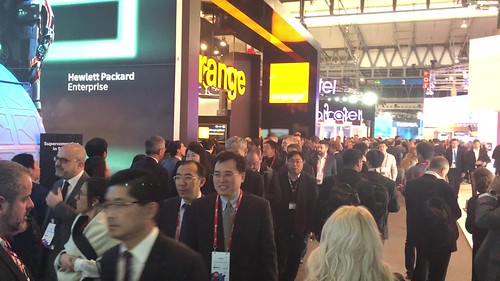 Makes one feel a little space out! 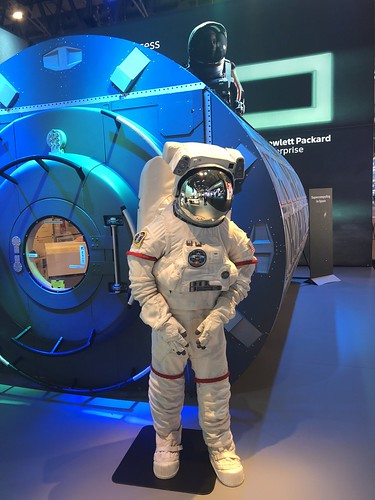 I nearly did not get home, and I know some other UK people actually didn’t so I think myself luck as we had snow. Lots of it for us. It meant driving the Nissan Leaf around to help Predlet 1.0 do her paper round, and one other round too for several hours on Basingstoke estate roads. 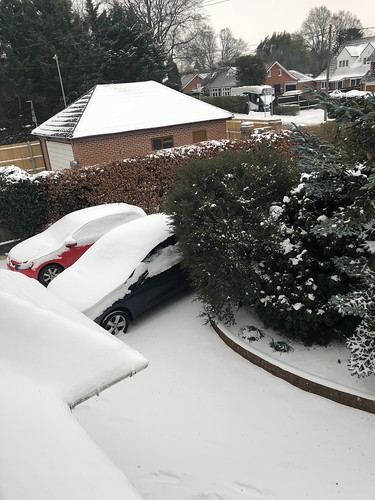 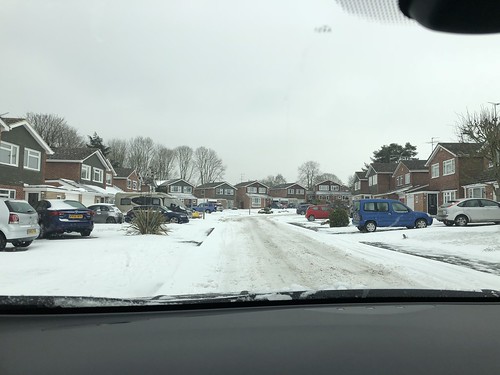 So I think that makes a memorable belated 9th birthday. I will have to pay close attention to the decade of Feeding Edge next year, a bit more travel to do first though, Vegas, Japan, Hannover, Santa Clara takes me to June. Now if I can get everyone I meet to also just take a look at Reconfigure and Cont3xt and post a nice review that would be most useful. It may even help book 3 making its way from the back of my brain to the page.