I has been a few months since I wrote anything here. My new role at 451 Research has kept me doing a lot of writing about a lot of interesting subjects related to IoT. It is an interesting change to be on the receiving end of briefings where people tell me why their implementation or product direction is of interest, yes that’s bit poacher turned game keeper, but it is good to be able to share and build upon all my previous experience. The Internet of Things is huge and diverse, because like the internet it underpins everything. The great thing is it also include how we as people understand what is going on in a system, which lends itself to being able to discuss virtual and augmented reality. I had started to cover some VR and just posted a longer report spotlight on AR when Pokemon Go hit. It was only a matter of time before a mass market awareness thing happened, but few of us knew the form it would actually take. Most of what I write is behind the paywall for our customers, but somethings make their way outside. Firstly our AR report (as this was with @xianrenaud 451 Research IoT research director) made the home page and some free access to all. I was not in a position to write a whole report on Pokemon Go or its lack of real AR, but I did write an analyst note (our briefest piece of content). Which now is also on the homepage and free (linking back to the AR report). The VR report is still locked away but you can sign up for a trial account.
AR and VR also featured in at the end of a recent IoT Webinar on Brightalk that Christian and Brian did. I provided a couple of pictures for that. I take the position that VR is great but it is an extension of current screen technology at its heart. A screen for each eye. AR is a new departure, sensing the world and projection/translucent displays is a whole different ball game and one that had many more industrial and enterprise uses. Interestingly lots of AR tech is being retro fitted to VR. Nothing is ever clear cut, but its good to spot a trend or find a theory to explore.
Of course my IoT VR and AR experiences blend into the books Reconfigure and even more so the follow up Cont3xt and the adventures are still selling and being downloaded at $0.99 around the World. A few more reviews would be great. In some of my briefings some of the elements I have used start to get a little closer to reality, but it was always supposed to be near real sci-fi.
I have not thrown away my tech hands on approach to things though. Yes there is a lot of writing but the predlets still need to get the opportunity to learn their craft and this morning my/their BBC Micro:bit arrived. A fascinating Arduino like controller but loaded with LED’s, compass, bluetooth and gyroscopes. It will be great to see what they get up to with it. It is a full IoT endpoint when it comes to it. 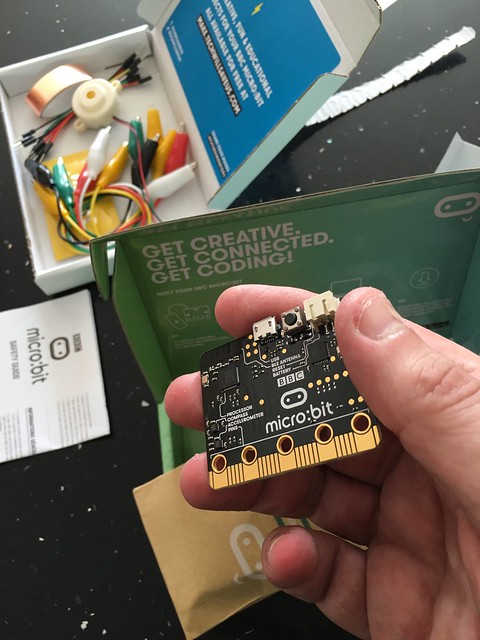 Its not all work, though a lot of my play is work related too. However, we invested in a Wheel for the Xbox One, having had one on the 360. It was part present for predlet 2.0 getting a great school report and a pen licence. This time I also got a proper stand for it the Wheel Stand Pro V2. It makes a huge difference to all the driving games, particularly the rock hard Dirt 2 and Forza 6. Of course there is a prime example of where VR works, and I believe the PC version of Dirt now has headset support. If they sort it out for the Xbox, well I am in 🙂 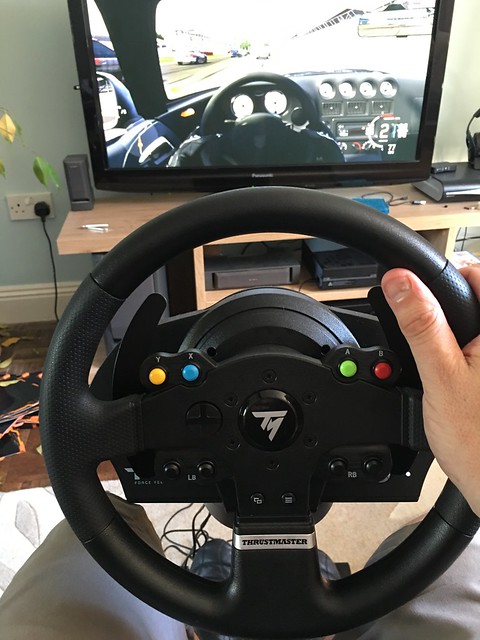 Another addition and a rather fantastic one was my Father’s day present of next generation slot(less) racing with Anki Overdrive. These fascinating cars read the track as they race on it, making any layout they will autonomously drive around mapping the reach first they you get to race using you phone/tablet. Switching lanes and controlling speed and virtual weapons and defences. They are fast and frenetic, and when they go off track they razz around trying to find it again. Watching the robot cars drive is pretty magical too. I know how they work, I know what they are doing, but…. wow. Once again another IoT style twist in the tail. Alluding to where the World is going, first liberating the ideas from play, just like Pokemon Go has.
If you want to see the diverse list of 451 Research reports I have been doing look here, thats not including all the press articles and conferences presenting I have been up to in just a few short months.
If you have anything industrial, enterprise or just plain quirky you would like to talk about please get in touch I am @epredator and do take a look at the books for some summer reading 🙂