It has been a month since I let Reconfigure loose on the world in digital form. It started in September as a two week blast of writing, then four weeks of editing and fixing, plus some kindle layout. The follow up, Cont3xt, is taking a few more weeks to write. There is not the same fear of it suddenly losing steam that I had with the first book. Having not written an entire one before, plus the unknowns of packaging it, it was a rather manic time. My warp speed obviously doesn’t match that of any market out there for it. However, it is there and available and it has spawned the new one.
My initial seed idea offered a world and a set of near future based science adventures. They were underpinned in the merging tech I know and love and the processes I go through in developing solutions. i.e. a real base to work from. In Cont3xt that real base is able to go a further with some upgrades. The main one, and this is not a spoiler really as Roisin hints at the desire for this in book 1, is to use a fully immersive VR/AR headset.
In Reconfigure I use services like Twitter, in a realistic way and of course iPhones, android, Macs, and developing in Unity3d. Full blended reality headsets are on the horizon with Magic Leap and Microsoft Hololens. Having not built for those I chose to invent a new brand and company. I needed to take those near horizon pieces of tech and push them a bit further combining them with some other elements. So the EyeBlend was born. A fictional privately funded device that everyone wants. Roisin gets to do some cool things with it. The logo features on the current designs I have for the front page of the book. A pupil that is a globe in an eye, with arrows dashing out in radiant directions instead of lashes.
For the new cover I wanted to get across the multiple layering of quantum physics that appears in the words too. Currently I am at about 40k words. So I am well into the core of the story. Several scrapes and builds have been done, plus dealing with the end of Reconfigure.
I scouted new locations using Google Earth too. Flying around the new area really helped to get a feel for what it was like. It is a real place, but of course embellished.
This is all very meta of course as Roisin gets to see and travel using her tech. I also use the same tech to build the cover art. The basic structures are created in a stage in Unity3d game engine.
My current three I am deciding between are in the same style as in book 1 but have a bit more going on.
This has white cutouts of Roisin. 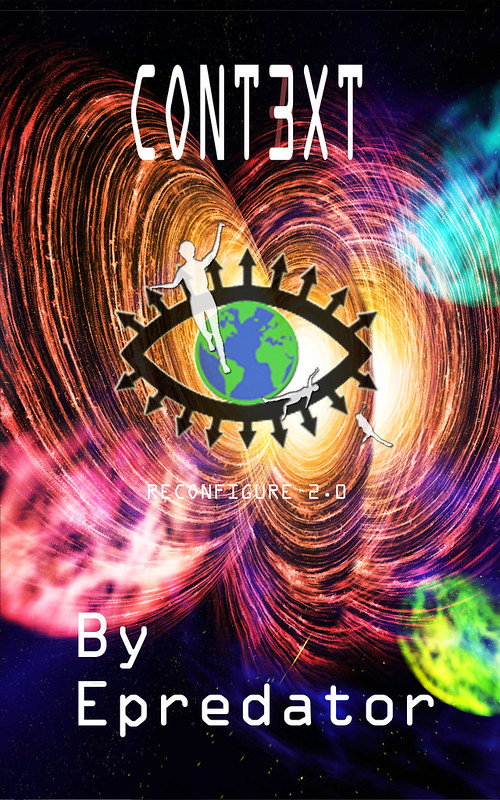 This has neon versions for a bit for detail 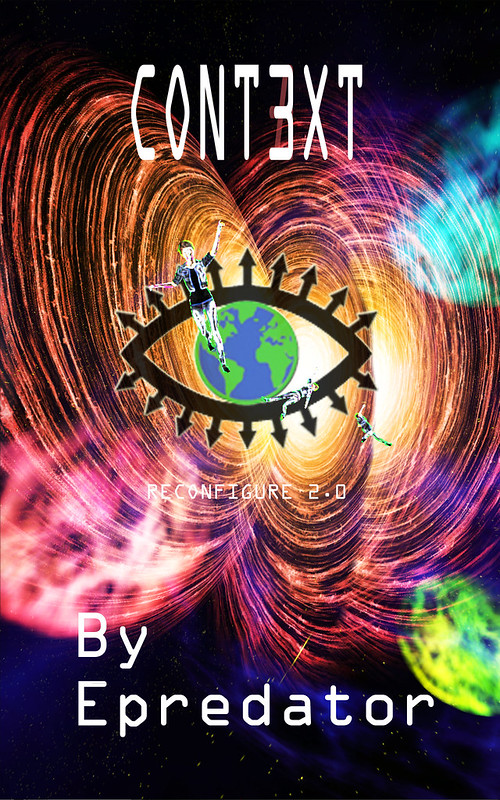 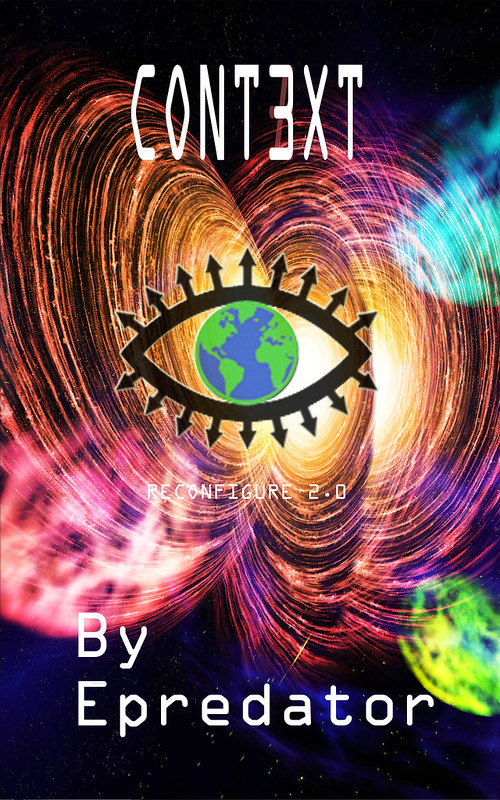 It was good to be able to manage 5k words today and tinker with the artwork. It means there is one less thing to worry about formatting once I get to the proof reading stage.
I am hoping a few more friends and colleagues will take a punt on my £1.99/$2.99 story with Reconfigure, it would certainly help spur me on to make Cont3xt even better. However, I am learning to not worry about that and to just write. If it sells it sells, if not, it is still a great piece of work and a long term achievement.