On Wednesday I embarked on the start of a journey, like many others have taken to try and write a book. A science fiction near future adventure. Currently called Reconfigure. Firstly thankyou for all the advice and mentoring and support. This while Author thing is something that many people have tried at various times with varying degrees of success, so Thankyou for sharing. I am writing in a bit if a frenzy at the moment as I am in some sort of zone. I start at 9:30am and kind of wake from the blitz of typing at 1pm. That leaves some time to decompress and then chase all the other pieces of work and jobs that might end up paying their way at some point. 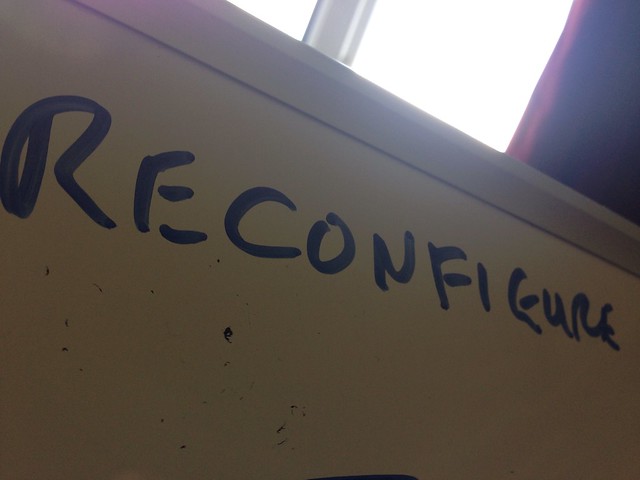 Whilst not obsessed on the whole word count thing I am following some great advice to just go with it, but to keep it in mind. If there is stuff there, it needs to come out. The flow I am experiencing is very much like those really productive coding sessions. When you are just on it and away you go. I made a plan at the start, a story board with some key moments and discoveries within the story. I am mostly sticking to that, but as things pop up in this voyage of discovery I do pursue them.
The underpinning of the story is technology and approaches I know and that I do all the time. It is working as a substrate on which to grow the more esoteric elements of the story. The unusual limit breaking adventure elements.
Like everything I do there is an element of obsession to try something and see where it goes. Well after five days of blasting through I seem to have something that might just work. At about 25k words so far its feeling about 1/4 or 1/3 through. If it was a TV series, which it would work as one I know, it would be the start of the regular adventures. So writhe now it depends how many scrapes, twists and quirks I throw in on the ever increasing discovery arc.
Just like a good DVD with extras I have a couple of endings. One I really like but just don’t want to do and another that might be a bit of a cheat.
I am aware that finishing the main body is just part of the whole thing. Editing down and making sure they are no continuity errors or spelling/grammar errors will be very time consuming. Still I have no publisher to worry about so I will, as usual, do my own thing and see what happens.
Now time for a bit of background research that extends what is currently the books operating system. 🙂