There has been a lot of press and discussion about schools in the UK writing to parents to warn them about young children playing video games. Also indicating that allowing kids to play games rated 18 when they are underage is a sign of neglect and will lead to the parents being reported to police. The BBC covered it here
As a parent, as a school governor, an instructor and long term gamer it seems that this raises a few much more complex issues. 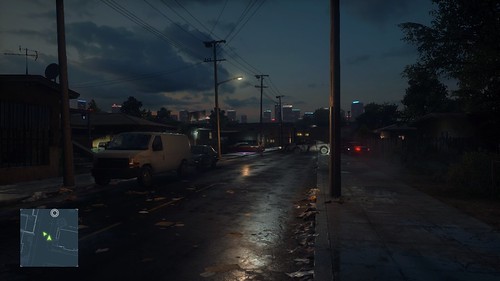 An 18 certificate on anything helps flag up content of a nature regarded as adult. However it does not indicate which of the adult themes it contains. You may notice on films on TV it will say its 18 but whether it contains violence, drug use, nudity, etc. That informs the viewer if they are sensitive or prefer not to watch such things to avoid it.
A parent should know what is in a product that they let their kids loose on. The 18 should be a big flag warning that there may be something in there that is not appropriate. However not all parts of all games are really 18 worthy. It is a marketing ploy to get more adult gamers to slip a few things in sometimes to warrant an 18. It also is down to individual parents bothering about how notice if their kids are affected or going to be affected by certain things.
Make no mistake though, there are some things in games that are really properly challenging and grown up experiences. Sometimes they can sneak up on you and often come as part of a wider narrative. As an example in Red Dead Redemption, an 18, the vast majority of the game is spent riding around the Wild West on a horse. Yes there are gun fights and shooting. However it is no more or less than watching a John Wayne movie. Cowboy movies sometimes have to deal with complex issues but they come in many flavours. There is always lots of shooting and death but it is the core and the intent of the film, either being light and comical or the more gritty true to life versions that form the spectrum. RDR seemed in the most part to be the former. I grew up watching westerns and we all had six shooters for toys.However about 2/3 through as the character arrives in Mexico a story telling cut scene featured graphic rape scene. Usually you get a sense and feel for the spirit of a game as you play it. You spot that it might be a cert 18 because of the “violence”, this though seemed a shift. 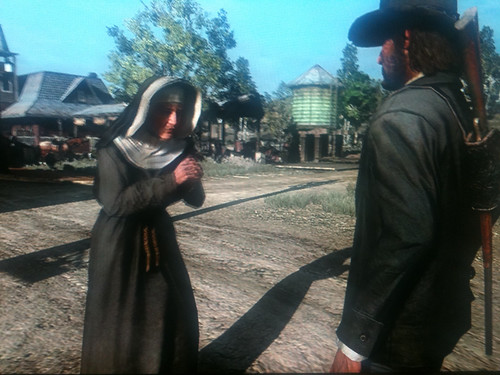 Now lets take Call of Duty (Bear in mind you can get Call of Duty Lego). The single player campaign game in all these games is a full on war film equivalent. However it is more Saving Private Ryan than Where Eagles Dare.


Both great films, but the former is realistic and disturbing, the latter is a playful romp. So single player you will experience some degree of story, probably torture, murder et al. Also some very strong language. It changes a great deal in multiplayer. Here teams of people online shoot at one another and work as teams to capture objectives. The violence is more Where Eagles Dare. It is frenetic and fast paced. The risk here comes from the other people, with headsets and voice turned on then all sorts of bullying and offensive language can take place, equally friendly banter and trash talk. Or, when done right excellent teamwork. The soundtrack itself features very little produced content. The narrative is what you make it.
In many ways the multiplayer COD is less worrying than what can happen on a Minecraft server. Minecraft as a game feature the ability for people to treat one another nicely or nastily. Whilst there is not usually voice you can spend ages building something for someone to come and mess it up accidentally or maliciously. It can also be a great place to learn online etiquette. Minecraft is not an 18. You kill things, but its regarded as cartoon and left alone. It has no story to warrant someone put in some nasty scenes to provide an emotion.
My point is that 18 is a flag, a warning sign. It takes a bit of effort to drill down if you are going to let kids experience the good parts of these.
I am happy for kids to shoot at one another in these games, it is just a twitch reaction game. I am not happy for them to play the single player experiences, those things crafted to shock and engage adults on adult themes. So I wonder if that makes me negligent? Being happy that kids can see some content that is put under an 18 certificate?
This of course is not what is going to happen. These warnings are to remind parents to be parents, to think about what they are doing, to help guide their kids.
Both the predlets are martial artists. They train in punching and kicking in ways that if used properly are very dangerous. They see punches and kicks all the time yet it is all done in a positive way, one that is not about the aggression of the will to dominate others. They are taught to not misuse what they learn in class. Does that mean that playing a fighting game with an rating over their age is not appropriate, often these at 16 like the UFC game or even WWE?

So all this comes down to context. To understanding when game does not mean light hearted play but intense narrative. It means understanding when competition is or isn’t healthy. It requires us as parents to understand a what is going on in these experiences and how we can find the appropriate path for our kids.
The age rating on these things is a relic of a past approach to media. It is very easy to classify 2 hours of celluloid, The 18 certificate is then a barrier to entry to a cinema when a person is selling a ticket, or even buying a DVD.
Games and their associated places are far more complex. They are playing fields where at different times with different groups very different things happen.
I am not totally sure how we can help all the parents out there. Many of course will just not bother to apply any thought at all and just let their kids on anything, on the basis it is easier.