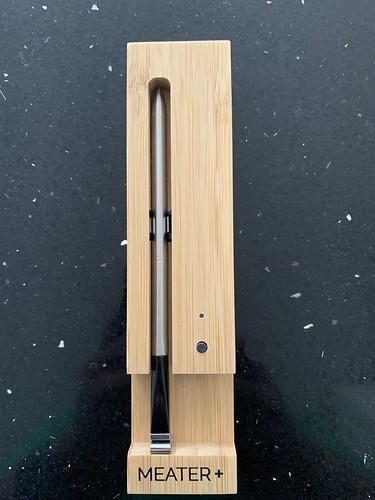 The Internet of Things (IoT) is an increasingly popular tag to place on almost everything out in the industry at the moment. It has far surpassed any discussion of Web 2.0 or Internet 3.0. In part it works because it does not have a version number. We all know about ‘The Internet’ as a support structure for the World now. The increase in mobile and app usage has helped separate it from ‘The Web” for many people. We used to, in briefings, have to explain the Internet as the connection of all the devices and the web was an information layer on top. The Web is not the the Internet. I think the average person in the street, bar, front room, office etc would probably think of the Internet as getting a Wi-Fi signal or a 3G/4G set of bars on their smartphone.
It is this social awareness, of connectivity, that lets the term IoT resonate with people. We all have devices that are connected to our WiFi or have some sort of sim card in them, that do not need us to be present for them to operate and communicate. Xbox and PS4 patch themselves over the air, dropbox and iCloud etc. synch their fields all over the place so we always have what we need. These are all simple everyday items already connected to the net and doing their thing. So they are obviously part of the Internet of Things, in common parlance.
That common understanding of connectivity and remote action runs into everyday life and therefore into the everyday life of people in business, CEOs, CIOs and alike combined with new product development and consultants helping shape all of industry.
So, yes, it’s another buzzword to hang everything on, but also, yes it’s really very important to us all. In a recent talk to Predlet 1.0’s year 8 secondary school class I explained to them how important IoT as an idea was to their future. Mainly this is because, aside from a technical career path building things, knowing and appreciated the connectedness of things may generate new industries and businesses that they will work in, or hopefully create.
This pitch was on top of the ‘normal’ discussions of virtual worlds, augmented reality, game technology, 3D printing, brain control devices, and open source attitudes. All those are my bread an butter, but they are also part of the general IoT umbrella of concepts and ideas.
One branch of IoT is that of sensors, instrumenting the World to gain a better insight into what is happening. We have had networked sensors for a while, but they are getting cheaper and more detailed in what they can deal with. This branch smashes into virtual worlds, at least it does where I started with it more publicly in 2006. The World of tennis was being instrumented by Hawkeye. The physical position of the ball was/is captured, via cameras and converted to x,y,z positional data. I used that data to re-visualize the ball tracking in Second Life, in a virtual world. That encompassed a visual representation of an Internet of Things style sensor reading of the physical World. That of course is a one way interaction, but allows many people to immerse themselves in the data at the same time online in a shared space. Tracking those people to help understand what they were watching and doing generated a heat map of activity. That is because it is easy in a virtual world to instrument everything. Avatars and objects re being rendered in a space that has to know where they are in x,y,z space, hence it can be collected and reported on. Making virtual worlds and ideal place to try out large scale instrumentation. What if… there were sensors on this, and there were 1,000 of them dotted around a town, how about 10,000? Oh look something is moving, follow it etc.
Whilst on virtual worlds, one of the first projects that arrived on Hursley island in 2006 in Second Life, was an angle poise lamp. To many people it seemed just like a fancy model, but the guys had wired in the distal lamp to the external World. The lamp was connected by the now open source MQTT protcol. A real lamp in the real lab could be turned on and off with an MQTT message that the lamp was subscribed to. The digital version subscribed to the same message so was in synch with the real world. The virtual bulb lit up when the message was sent. This was also built 2-way though, if you hit the virtual switch it also sent the message, just as the previous web page had. We used it as an example of integration and of pub/sub messaging but also to help people understand the environments are not stand alone, or they don’t have to be. Roisin’s view of the World mocked up during storyboarding the novel.
This detail, about instrumentation and altering the World or knowing what is going on is why I had to label my Sci-fi novel Reconfigure, and the follow up Cont3xt as IoT books in Amazon. Currently if you search for “IoT Books” Reconfigure appears in the top ten of books on the subject. I am not jumping on a bandwagon as such, in the book the World is instrumented and Roisin controls and understands it with an virtual/augment interface. Whilst part of the extension into Sci-fi is made up, the grounding is in a long history of having been ardour this stuff and the experience that brings.
BTW don’t forget, a kindle book does not need a kindle to read it. Amazon has a set of apps and readers for most platforms. So if you want to see IoT in the future, check it out.

It is getting really difficult, even as an future tech specialist, to separate science fact and science fiction sometimes. Some of the devices that have appeared the past few years seemed unlikely only a decade ago. Not impossible, I try to avoid thinking anything is, but unlikely to be in everyones hands at a reasonable price. Today I saw an link to this Vessyl. It has a name that has its clever internet spelling as we have seen since Flickr and alike. Vessyl is a container to drink out of. It is selling as a pre-order of just $99. Thats a lot for a stylish designed mug for your coffee.
However, it is claiming, and this is where I feel a little skeptical, that you can pour any drink into it. It will detect everything about that drink from the amount of caffeine, to the calories, the type of drink and even some brand names?
The idea being it will track your hydration, talk to your smartphone and generally be a good admin assistant to your personal wellbeing.
If this is actually true, then it is brilliant. $99 for general purpose deep sensing and network capability, plus something to hold your coffee?
If it is not true then it is also brilliant. The production values of the video, the cool chic nature of the product visualisations and the website, and the product name are great.
If its a scam to get $99 out of people, well then the internet is obviously an evil place and we should all not use it 😉
I feel I want to order one to just support such a clever fabrication of a product and company, if that what it is. Like supporting a clever artist. I fell I want to order one because it might work and hence be fascinating to explore. I don’t see what they are focussing on selling us drinks containers when that have apparently got sensors that could probably with the “tricorder” x-prize though.

I look forward to watching the reveal either way.